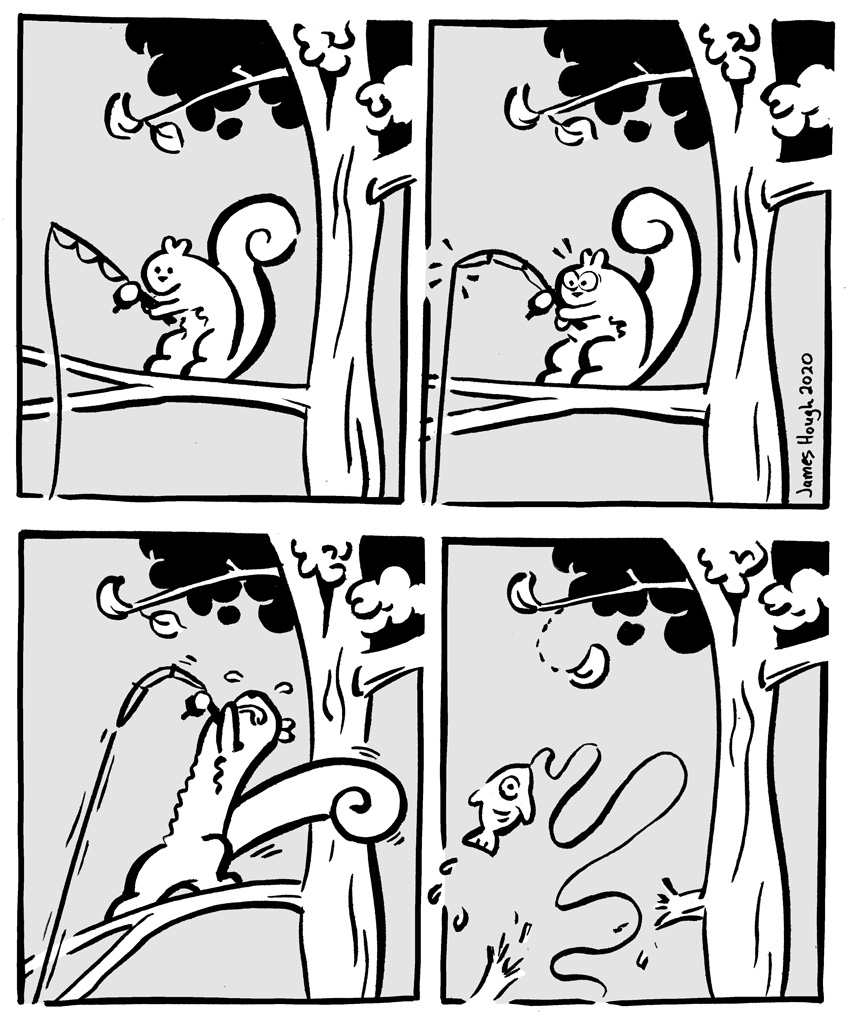 Yesterday evening I attended “Draw a Comic with Amy Kurzweil and The Believer,” hosted by Believer Magazine, via Zoom. It was an hour well spent! Amy had us warm up with a 60-second self-portrait, then she gave us a crash course in 4-panel comics, showing us a strip each from Calvin and Hobbes, Peanuts and Roz Chast. Thanks to Amy Kurzweil for holding the class, which was well- and enthusiastically attended, and to Sean Slattery for giving me the heads up!

Aside from the drawing activity itself, my favorite part of the class was listening to Amy describe what she saw in each comic; it was a chance to see cartoons through the eyes of a professional. Is there a beginning, middle, and end? Is there a lot of continuity between panels? Is the end a surprise?

When we got down to business, Amy had us draw along with Charles Schultz. We each made our own version of a strip of Snoopy dancing with a falling leaf. (Hers involved a monkey blowing a bubble that turned into a medical face mask. Sean’s a handstand, a loss of gravity, and a tombstone.) I love this approach to making something: follow the footsteps of a master, using their work as a template.

I made a quick version during the class, then later I thought of a better (imho) punchline in the fourth panel. I also wanted to draw foliage inspired by Bill Watterson. Below is the original, to show the thinking process, how the story evolved. I think it improved.

It’s good to see where creative things come from, the path from beginning to final product. People often can shrug off paintings, drawings, logos, etc., because, in hindsight, these things can seem like they were easy to make. But, pretty much always, the simple final product is deceptive and the result of false starts, second guesses, bad ideas, bad drawing, and so on. 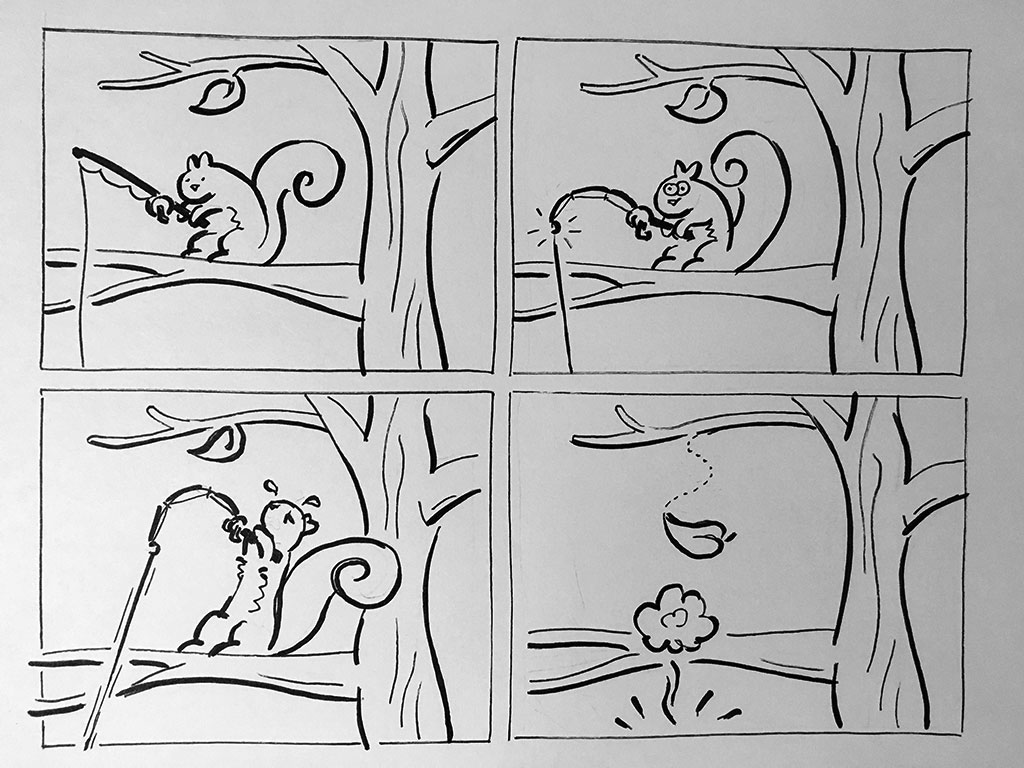 On that note, I’ll close with one of my favorite song lyrics and quotations, from Iris Dement.

Sweet is the melody, so hard to come by.
It’s so hard to make every note bend just right.
You lay down the hours and leave not one trace
And a tune for dancing is there in its place.